Homemade roasted marinated peppers are so easy with this simple recipe. Red and yellow peppers are roasted, skinned and then marinated with garlic and rosemary! Great to use in so many different recipes as well as being a simple side dish. 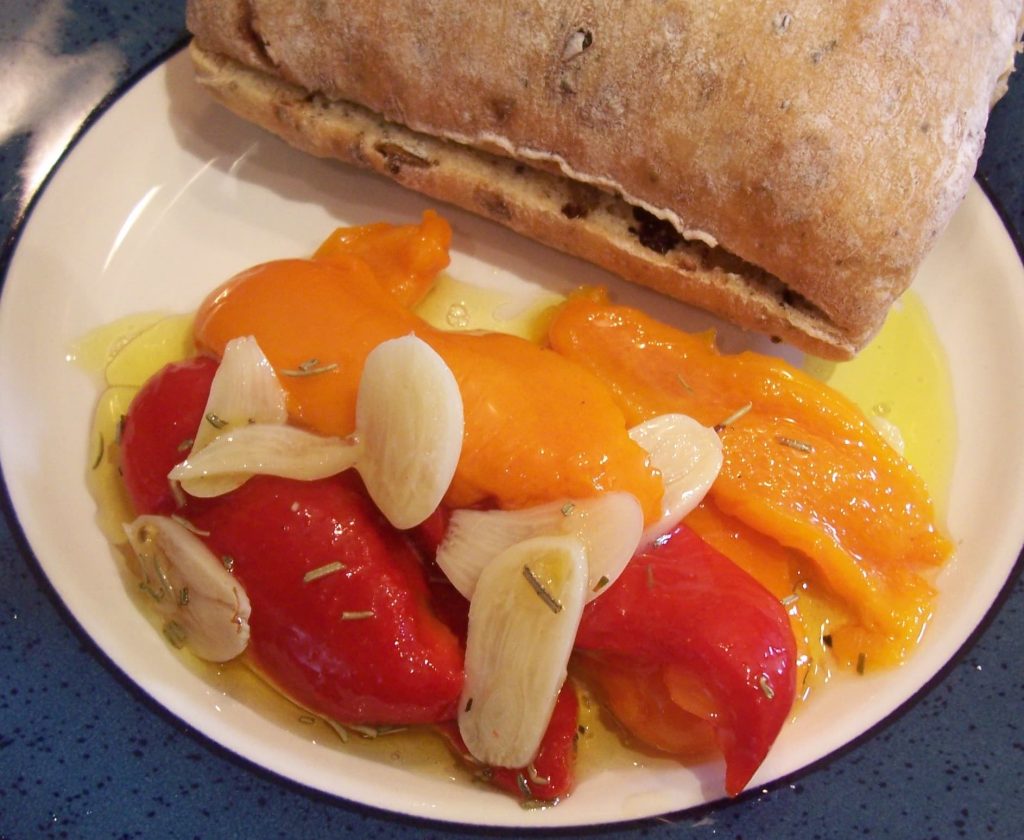 Now that summer feels like it's here I really want to make lots of salads and healthy dishes. I also want to eat cake. But I'll try to put that out of my mind! The first good thing about these homemade roasted marinated peppers is that once you've made them, you just need to take them out of the fridge to eat.

The bad thing is that they need to be prepared 24 hours in advance. The second good thing is that when my husband saw the marinated peppers he asked where I bought them. How smug did I feel answering that question!

Removing the skins from roasted peppers

This was actually the first time I had removed skins from peppers. Yes,  I'm lazy, and I'd always thought it was a lot of effort when the skins are ok anyway. But, I may have become a convert.

It is actually very quick and simple to take the skins off the peppers and I didn't feel I was wasting time.

How to Remove Skins from roasted peppers

Can you prepare a larger batch of the marinated peppers?

This recipe is very easy to scale up. Just roast more peppers and peel a few more garlic cloves.

How can you eat the roasted peppers?

There are so many ways to serve these delicious homemade roasted peppers. I served them as a side with some ciabatta, but you could put them in a salad, a sandwich, a pizza or a quiche.

The roasted peppers would be delicious in this Spanish bean salad with red peppers.

Can you adapt the recipe for roasted marinated peppers?

Oh yes! This recipe is easy to adapt. Why not add extra ingredients. A sliced chilli pepper or thinly sliced batons of ginger would be delicious and would really add to the flavour.

I used dried herbs but you could replace the dried rosemary with fresh rosemary. Thyme would also work beautifully as would dried basil. 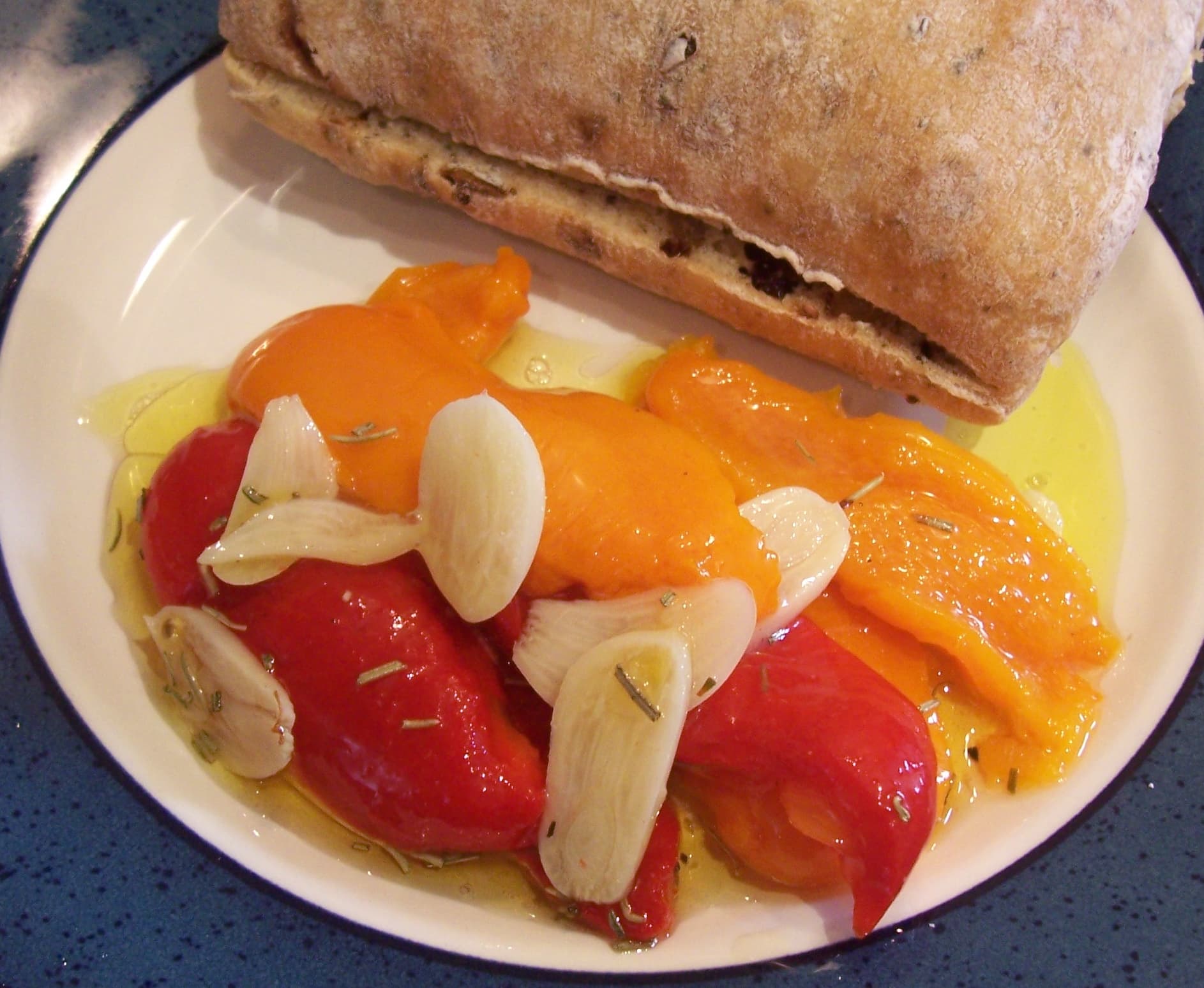 This recipe is from Stephane Reynaud’s 365 Good Reasons to Sit Down to Eat. 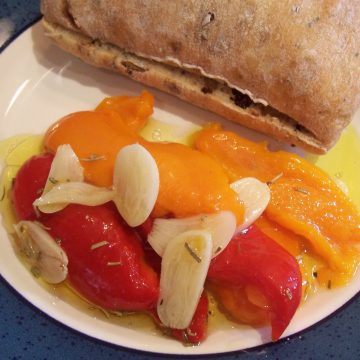 Stephane Reynaud from 365 Good Reasons to Sit Down to Eat
Homemade roasted marinated peppers are so easy with this simple recipe.  Red and yellow peppers are roasted, skinned and then marinated with garlic and rosemary!  Great to use in so many different recipes as well as being a simple side dish.

How about my roast chickpea salad?

This simple caprese salad is also great for summer

Do let me know if you make these homemade roasted marinated peppers. I love to get feedback from readers.