This delicious monkfish and pancetta recipe was inspired by Masterchef. It was the food critic week on Masterchef and that is one of my favourite rounds. I love it because the critics don't know the contestants so I feel their opinions are based wholly on the food. Whereas I sometimes feel John and Greg may have another agenda and are influenced by what they already know about the contestants.

Anyway, at the end of the show I was left with at least three things that I wanted to make. Rice paper rolls, paneer and spinach stack, and of course, monkfish wrapped in pancetta.

According to the critics, the paneer stack was the star meal of the day and maybe I should have tried to make it. But, I felt I didn't have quite enough information to make that dish into a star dish.

So, that dish was out. What about the rice paper rolls? Well, I am definitely planning to make them soon. But not yet!

Why did I choose to make the Monkfish in pancetta?

Well, bacon makes fish, chicken or anything else taste so good and I knew the pancetta would add so much flavour! I was hooked.

How was the Monkfish Wrapped in pancetta prepared on Masterchef?

So, back to the monkfish. On Masterchef it was filled with garlic, thyme and rosemary. As I had basil and chives left over from the previous day, I decided to use this as my filling along with the garlic. It was really quite a simple dish.

How do you prepare Monkfish Tail?

The important thing you need to do with monkfish is remove the fish from the bone, if it is on the bone. There is a long tailbone that runs through the length of the fish but it can be removed with a sharp knife.

You also need to remove the skin and translucent membrane. If this is not removed, the fish will be very chewy. Use a sharp knife and carefully remove the membrane in strips.

Is it easy to debone and prepare monkfish?

Well, it is not difficult but if it is your first time it may not look as neat as it does on Masterchef! However, you can take heart from the fact that when I prepared the monkfish for these pictures it was also my first time. I know the pictures are not great - I will try to update them soon!

Anyway, I seemed to manage it without wasting much of the flesh!

Monkfish is quite a meaty fish. It doesn't flake in the same way that cod or sea bass do and so it holds its shape well.

It has quite a mild flavour but is a great fish for taking on the flavours of the ingredients around it, just as it does in this recipe. The pancetta flavours the monkfish and makes it really tasty. The herbs and garlic also complement it so well!

Can you adapt this monkfish and pancetta recipe?

Well, along the same lines you could make monkfish wrapped in bacon. In fact, bacon wrapped monkfish would be just as good and would have just as much flavour.

You could also vary the herbs used in the filling. I filled the monkfish with basil and chives simply because that was what I had and it tasted great. However, there's no reason not to go back to the Masterchef monkfish recipe and use rosemary and thyme!

Can you prepare this monkfish recipe in advance?

I wouldn't advise you to cook the monkfish in advance. Fish is always best freshly cooked. However, you can prepare the monkfish, fill it with the herb paste and wrap it in the pancetta up to a day ahead. This is a great thing to do if you are serving it for a special meal as it means you won't have to spend to long preparing the dinner! 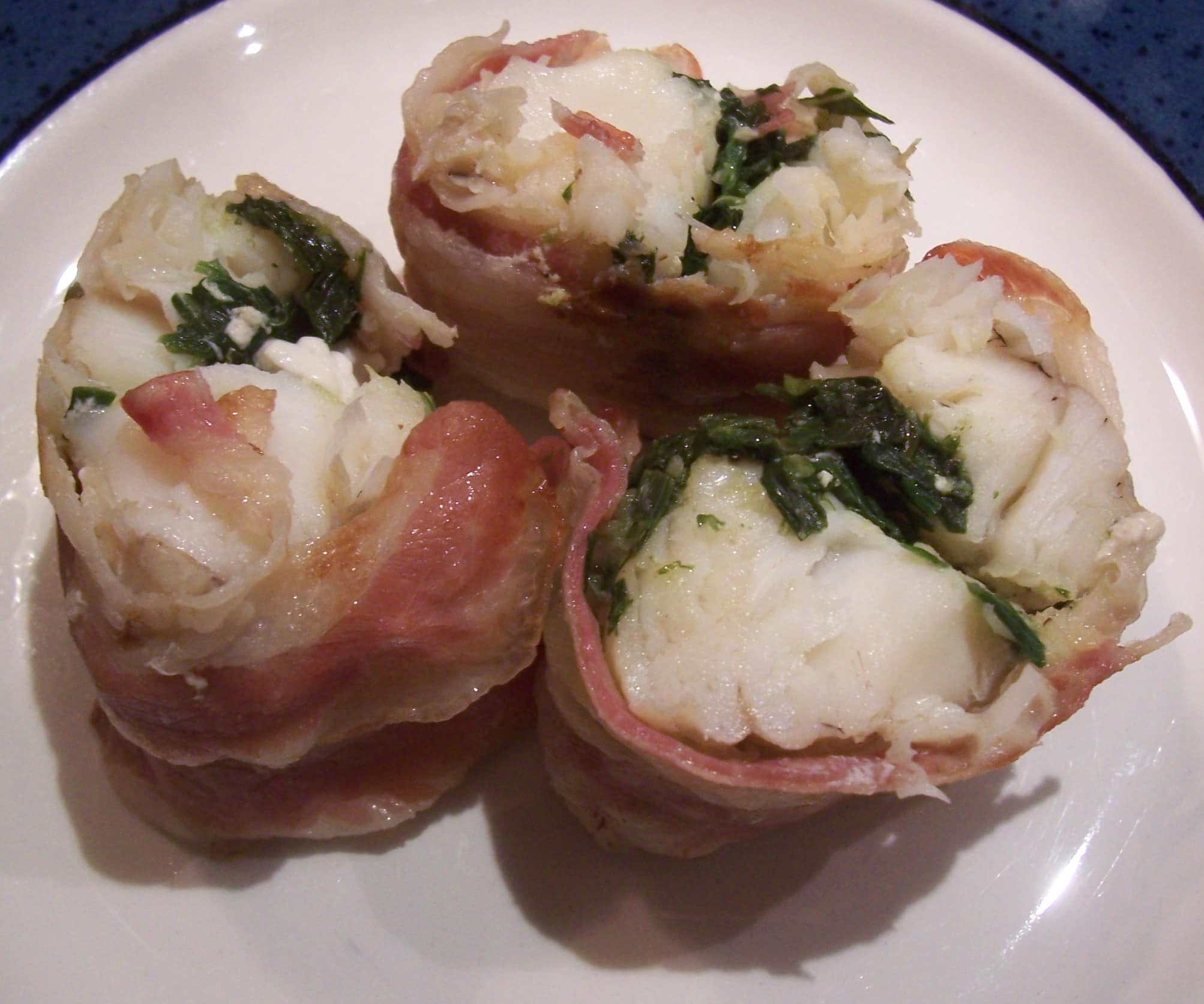 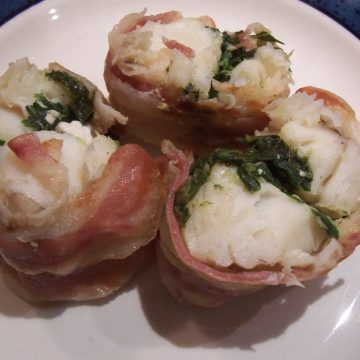 Sea bass in a creamy lemon and parsley sauce

Do let me know if you make this monkfish and pancetta recipe. I love to get feedback from readers.