Have you tried papas rellenas before? They're crispy fried potato with a spiced minced beef stuffing. So tempting if you like crispy food and a great way of using up leftover mashed potato. They're delicious served with salsa criolla, a quick pickled onion side. 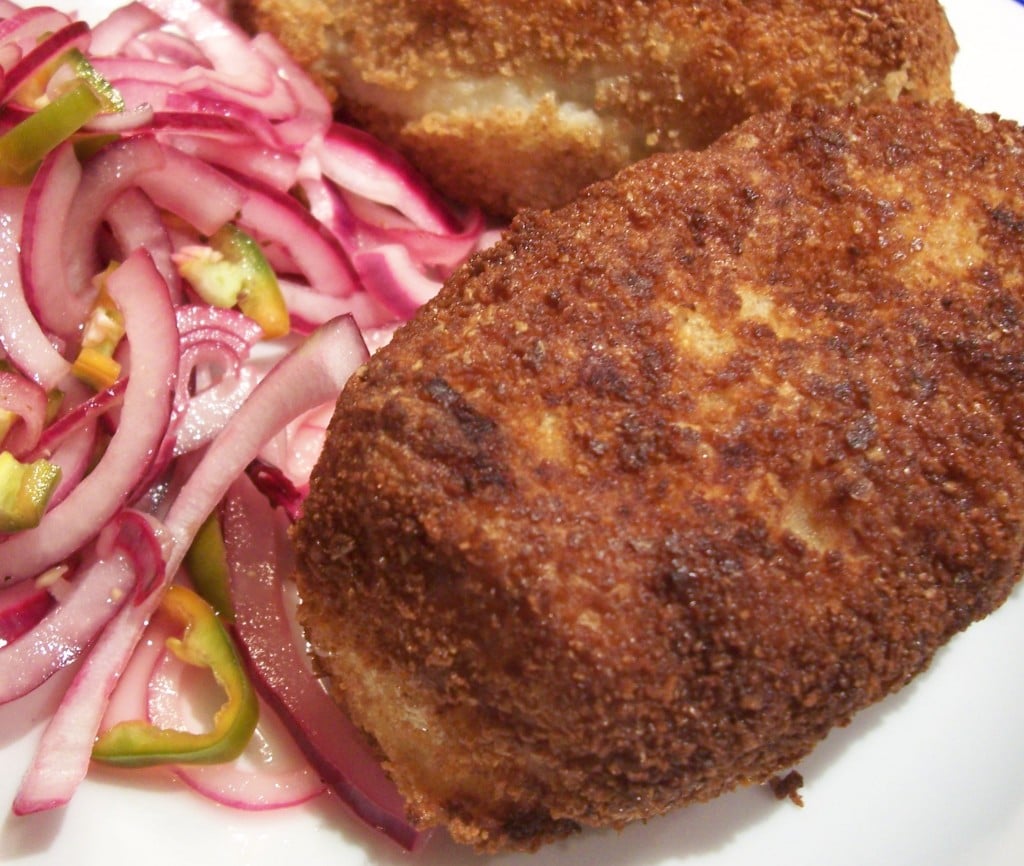 When I found out that this month's Daring Cooks Challenge was to make papas rellenas I was really pleased. This was something I knew I would enjoy. I had heard of papas rellenas but when I looked at the recipe and started to research, I realized I hadn't actually known what they were at all!

Until last month I would not have been able to tell you exactly what papas rellenas were. My limited knowledge of Spanish would have helped me to guess at something stuffed, but that is as much as I would have known. So of course I learnt something new too.

So what are papas rellenas?

Papas rellenas is a Peruvian recipe. They are basically crispy fried mashed potato stuffed with spiced mince meat. The cumin and paprika in the mince give a really nice flavour and the crispy texture of the breadcrumbs with the soft potato and mince inside is very moreish.

What to serve with papas rellenas?

I served them with a salsa criolla. It's a red onion salsa which complements the papas really well. It's good to have something healthy and fresh tasting alongside the fried papas.

Do these take long to make?

If you make these papas with leftover potato it definitely cuts down on the cooking time. You could also make them with leftover mince. That would make the recipe much quicker to prepare. 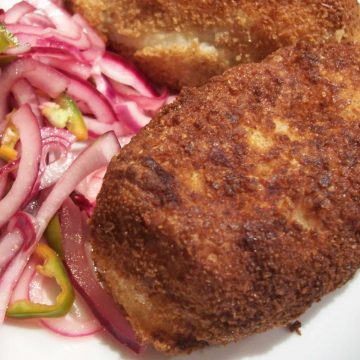 Ingredients for the Salsa Criolla

How to Make the Salsa Criolla

If you like these papas then do check out my other South American recipes:

Do let me know if you make these papas rellenas or any of my other recipes. I love to get feedback from readers.