If you're looking for a healthy kid-friendly frozen treat then these frozen rhubarb and fromage frais hearts are perfect. They're great for snacks as well as dessert and easy to adapt too!

I was seduced online by some very similar looking hearts to these a couple of weeks ago on My Fussy Eater. They were strawberry flavoured and I'm sure they tasted amazing. I didn't have any strawberries but I couldn't resist making some similar ones with stewed rhubarb.

I'd stewed the rhubarb with some cinnamon and sugar and it was sitting in the fridge waiting for me to do something with it. The fromage frais was in tubes doing exactly the same. Both would have been delicious just as they were but putting them together like this needed so little effort it was hard to say no.

meant it was really easy to take the frozen hearts out but as they weren't on sticks, they weren't the easiest of things to eat. I didn't mind popping them straight into my mouth but my children were not quite so brave. I suspect that other children or slightly older children would be though.

If I hadn't had a silicon hearts mould I wouldn't have been able to make them look quite so cute but I could still have made them. You can just freeze them in a lollipop mould.

You don't really need a recipe for these and there are so many possible variations depending on what fruit or yoghurt you use, but as I like to do it, I've included the recipe below anyway. 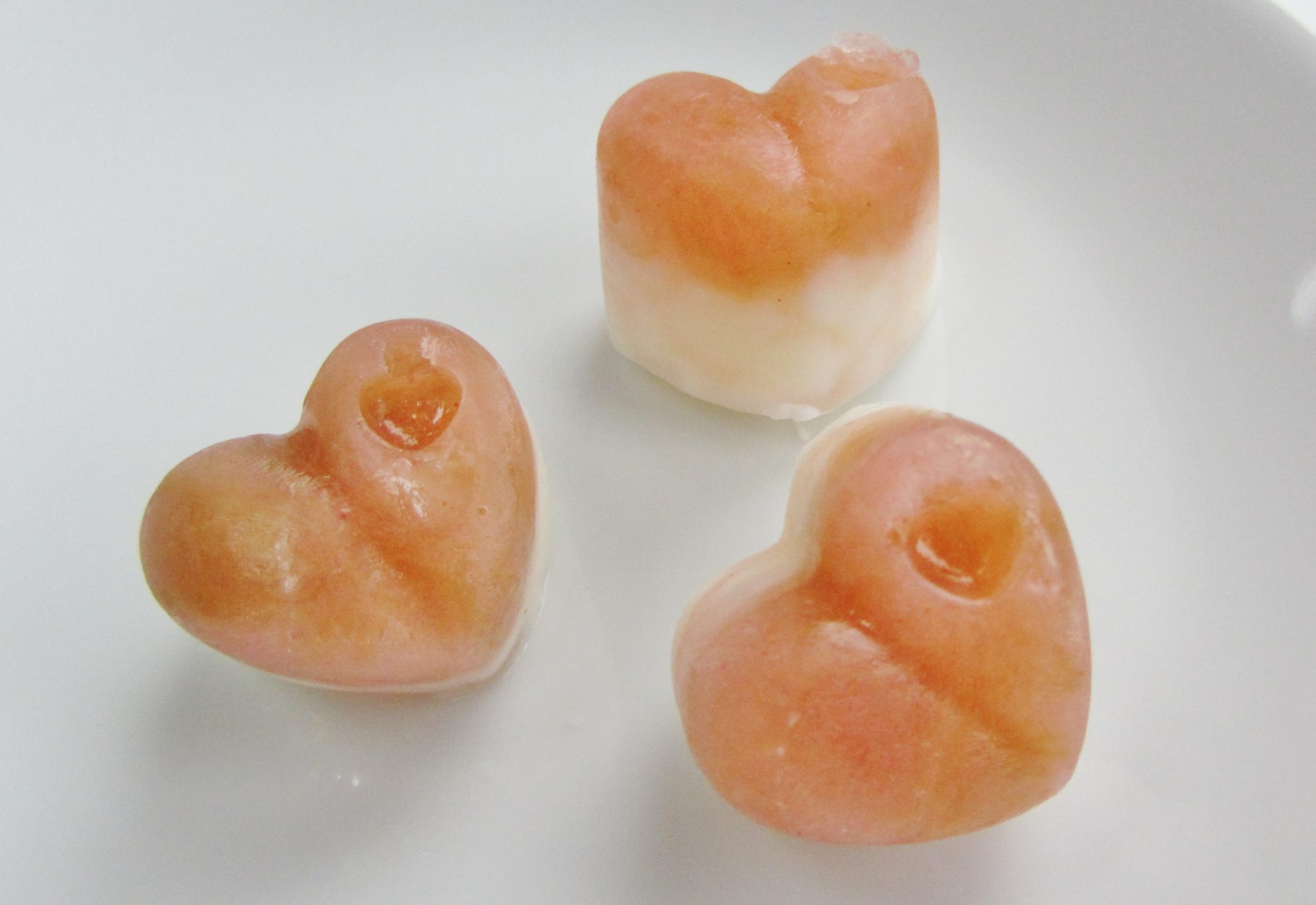 Here are some more healthy frozen treats that are also great for kids!

You might also like my recipe collection for frozen desserts and snacks. There are recipes for ice cream, sorbet, frozen yogurt and ice lollies!