If you're looking for an easy recipe for traditional soft pretzels then this is exactly what you need! These pretzels are soft inside, golden brown on the outside and topped with rock salt. Much easier to make than you might think and a really tasty alternative to a bread roll! 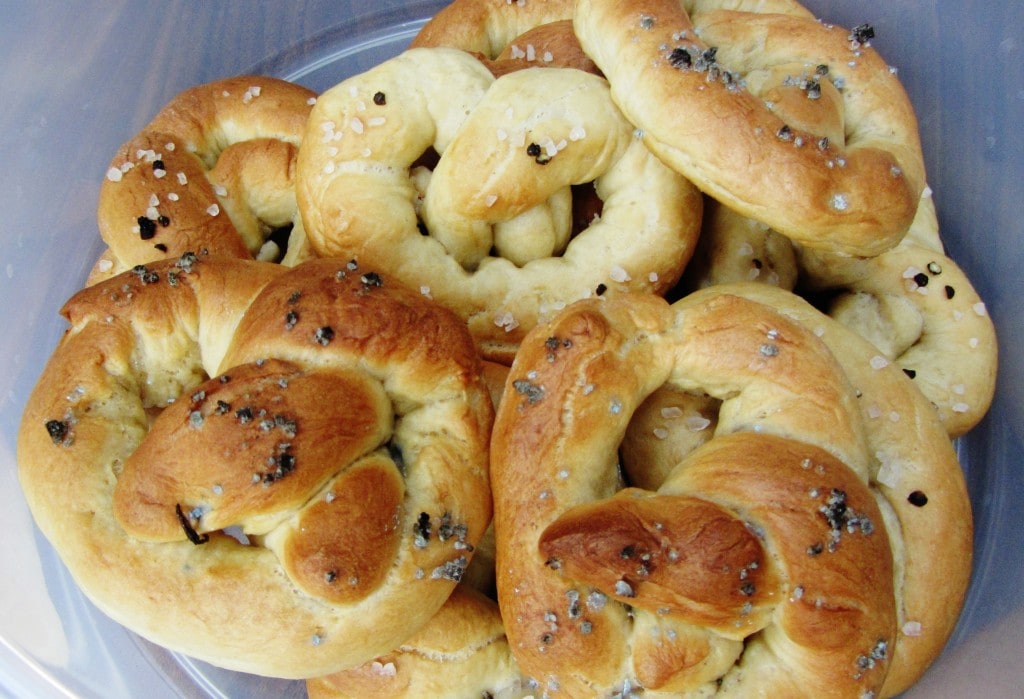 A few years ago I was inspired to make these traditional soft pretzels by The Great British Bake Off. I had wanted to make pretzels for a long time but it was watching the show and Paul Hollywood that really gave me the motivation I needed!

The timing was perfect as I knew I had some flavoured salts siting in my cupboard. I don't use a lot of salt in my cooking but pretzels need salt! And I really wanted to try out these salts too. The pretzels I'd been thinking of making for so long suddenly became something I really had to make.

Is making soft Pretzels the same as making bread?

Soft pretzels are a kind of bread. The dough is very similar but the way they are cooked is different. I used a bread maker to make the dough as it's so much easier and reduces the hands on time. However, you can knead the dough by hand instead and I'll give instructions how in a moment.

The difference in the way pretzels are cooked is that they are dropped into boiling water for a short time before being baked.

Why are pretzels boiled and then baked?

The reason why the pretzels are boiled first is that it hardens the surface of the dough. This prevents the dough from rising as much in the oven and means they keep their distinctive pretzel shape. They are only in the water for about 5 seconds but it's enough to change the way they behave in the oven.

How to make the pretzel dough without a bread maker

If you don't have a bread maker, don't worry. You can use exactly the same soft pretzel recipe to make the pretzels by hand.

Are pretzels the only bread that you boil?

As well as pretzels, bagels are also boiled before being baked. They are boiled for the same reason which is why they are denser than most breads and have that lovely slightly chewy crust

I hadn't make pretzels before or any bread that involves boiling first. But, I was pleased by how easy they were to make and also by how well they turned out. Maybe I'll be having a go at bagels soon!

Why do you put bicarbonate of soda in the water the pretzels are boiled in?

The bicarbonate of soda helps the pretzels to brown once they are in the oven and gives them that golden colour.

What kind of salt do you use on pretzels?

You can use edible rock salt or coarse sea salt. I used flavoured rock salts but I couldn't really taste the individual flavours that were in them. They did look pretty on the pretzels though!

How can you store soft pretzels?

These soft pretzels are at their best if you eat them freshly baked. They will last for one more day in an airtight container though. If you want to refresh them a little then sprinkle them with water and  bake them again in the oven for 5 minutes to warm them through.

If you make a big batch and know you can't eat all of them then freeze them as soon as they have cooled completely. Just put them in an airtight container and they will keep well for a month. I like to reheat them in the oven from frozen for 10 minutes. 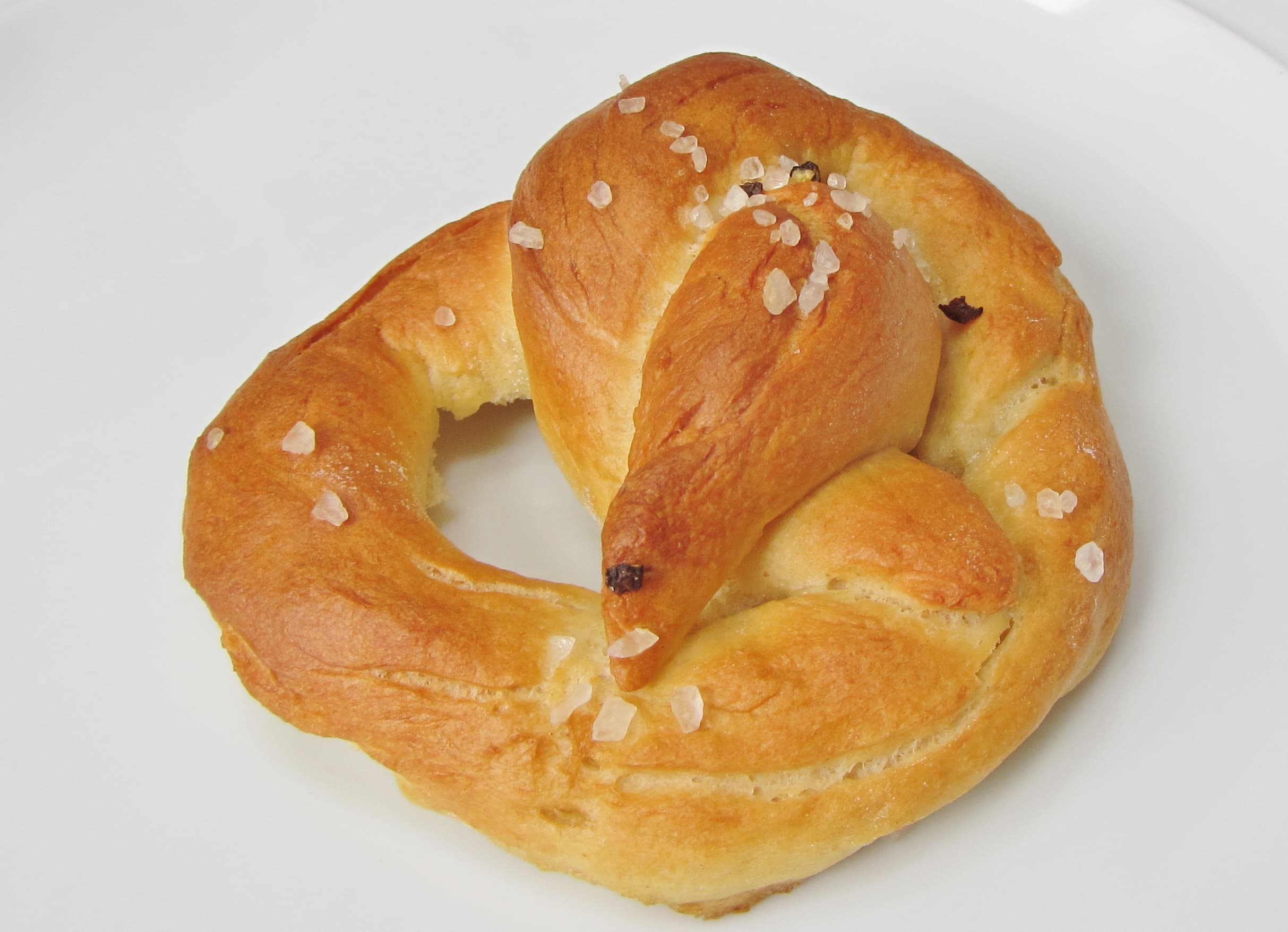 The pretzel recipe is adapted from a Paul Hollywood recipe and can be found on BBC Food. 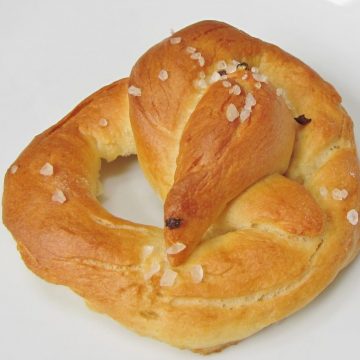 Corina Blum
If you're looking for an easy recipe for traditional soft pretzels then this is exactly what you need!  These pretzels are soft inside, golden brown on the outside and topped with rock salt.   Much easier to make than you might think and a really tasty alternative to a bread roll!
5 from 1 vote
Print Recipe Pin Recipe
Prep Time 20 mins
Cook Time 20 mins
Bread Maker Dough Setting 50 mins
Course Bread, Side Dish
Cuisine German, International
Servings 12
Calories 194 kcal

I love making bread although I don't make it as often as I'd like. Why not check out one of these recipes:

Do let me know if you make this soft pretzels recipe. Or any of the other recipes here on Searching for Spice.

Why not sign up to my weekly newsletter too?

I am linking these to Bake of the Week at Casa Costello.