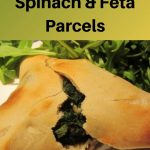 Have you ever had fatayer before? These Middle Eastern spinach and feta parcels are a bit like mini calzones and so good when freshly baked! I also like to think the spinach makes them pretty healthy too!

But what are fatayer?

Fatayer are an Arabic food that can have meat in, but are often filled with spinach. This recipe is slightly adapted from Paul Hollywood's Pies and Puds.

Since making them I've done a bit of research and have found some interesting variations such as adding sumac to the filling or pomegranate syrup, as Ottolenghi does.

The dough for fatayer is very much like pizza dough. You'll need:

For the filling you'll need:

How do you you make the dough?

Basically you combine all the dough ingredients and knead them. I used a food mixer with the dough hook to mix up the dough. This meant I didn't have to knead it by hand. However, you could also do it by hand or if you have a breadmaker you could use the dough setting on it.

For more tips on using the breadmaker to make pizza dough then do check out my spicy margherita pizza recipe.

How do you make the fatayer filling?

Cook the spinach down to get rid of the excess moisture and then combine the ingredients together. I use frozen spinach as it goes further than fresh spinach. You could substitute fresh spinach but you would need a larger quantity.

After you've cooked the spinach down, stir in the garlic and cook for a couple of minutes. Then leave the spinach and garlic to cool.

After it has cooled, mix the spinach, feta, herbs and pine nuts together.

How to make the fatayer

When you are ready to assemble the fatayer, divide th dough into 4 equal parts. Roll each one out into a circle and divide the filling between each one.

Fold the dough over and seal it at the sides.

Can you use dried herbs instead of fresh ones?

Yes you can. I often use dried herbs in recipes as I don't always have the fresh ones I need. However, fresh herbs will give a much more vibrant flavour and it really is best to use them if you can.

If you do use dried herbs then one teaspoon of dried herbs is equivalent to one tablespoon of fresh herbs. As this recipe has 3 tablespoons of fresh mint, it can be replaced with 3 teaspoons of dried mint.

If you don't eat all the fatayer when they are freshly baked you can store them in the fridge for up to three days. To reheat just bake them in the oven for about 20 minutes although this will vary depending on how large they are and how thick the filling is.

You can reheat them in the microwave too but the dough tends to go a bit chewy and they don't have that freshly baked feel about them.

Can you bake them from frozen?

Yes, just pop them in the oven for 30 minutes straight from the freezer. 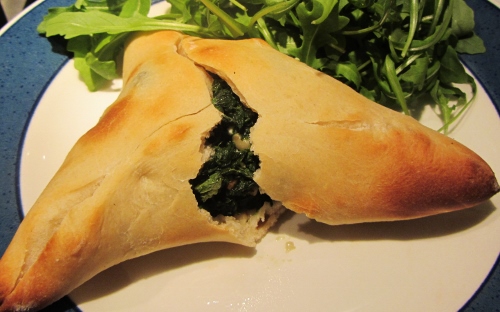 Ingredients for the Dough

Assembling and Cooking the Fatayer