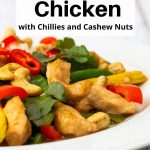 This Chinese inspired coca cola chicken recipe with chilli and cashew nuts is a great alternative to ordering a takeaway. The coca cola makes it deliciously sweet and sticky while the fresh vegetables and herbs keep it light and vibrant. 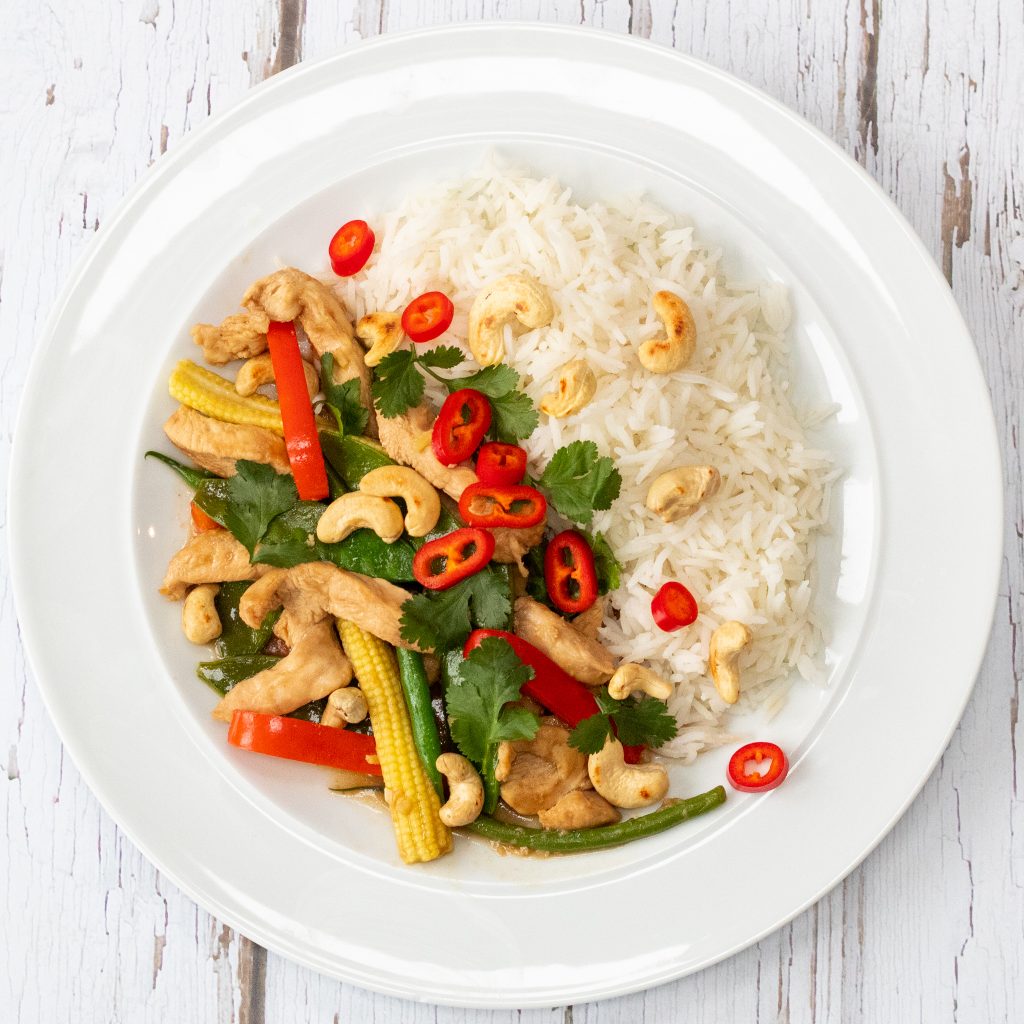 I've always been fascinated by recipes that use coca cola. There's something a little naughty about cooking with a drink my mother wouldn't let me drink as a child. Maybe it's also the fact that it's such an artificial but addictive flavour that makes it seem just a little edgy. A glass of orange juice may be just as sweet but wouldn't seem half as wild.

Can you make this coca cola chicken with diet coke?

To be honest, I don't often drink cola and when I do I usually have the diet versions. However, for making this coca cola chicken recipe you need the sugar that's in the real thing. You can make this with Diet Coke but it's just not the same.

Can you taste the cola in this chicken recipe?

In essence, this is a Chinese style dish with a sweet and sticky sauce like so many Chinese dishes have. The only difference is where the sweet and sticky sauce comes from. The dish doesn't actually taste of cola but the cola does give a rich flavour to the sauce. The coca cola sauce is sweet, but not too sweet.

For me, that's a good thing as I'm not a huge fan of overly sweet savoury dishes. So you're probably wondering why I wanted to cook with cola in the first place. It must be that rebellious streak in me!

The inspiration for this coca cola chicken recipe

I've read a lot of cola recipes online over the last few years. Whenever I come across one I read through the recipe and imagine how it'll taste. The recipe this is nearest to is this one on Milk and Honey. I've added more vegetables, more coriander and a little less soy sauce. 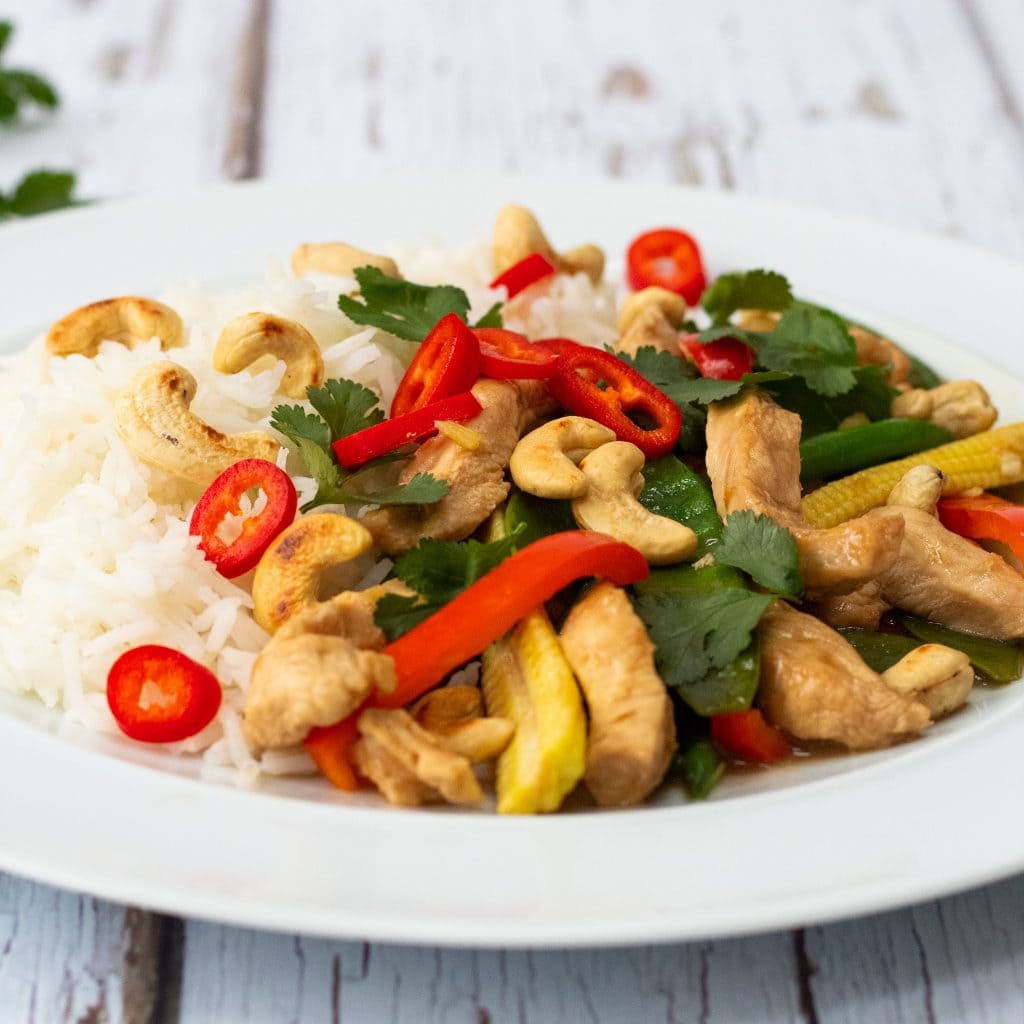 What can you serve with this coca cola chilli chicken?

The sauce is rich and sticky so I think a light rice side dish is best. Plain rice such as jasmine, brown rice or basmati all work well.

You could also serve it with plain noodles.

Can you reheat the leftovers?

Any leftovers can be stored in the fridge for up to three days and then reheated in the microwave or in the oven. Make sure it's piping hot before serving. 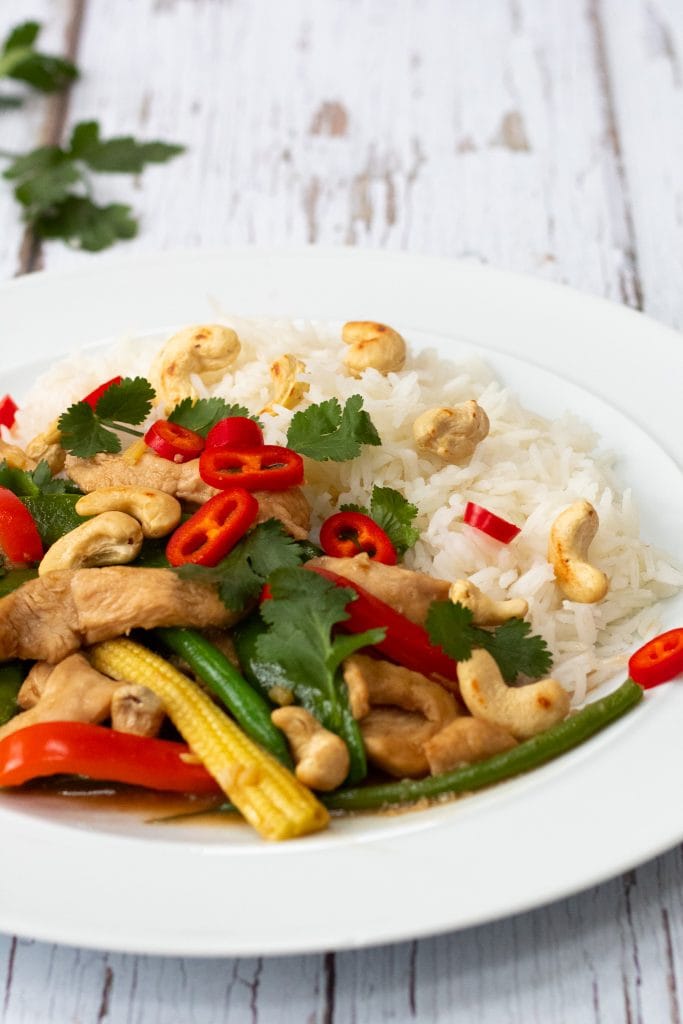 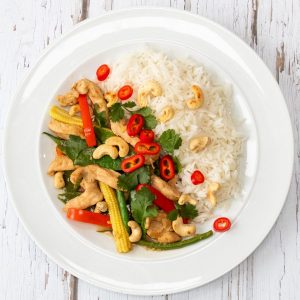 Or how about this slow cooker chicken stew with stir fried vegetables?

If you like spicy recipes then do check out my easy spicy midweek meals recipe collection! 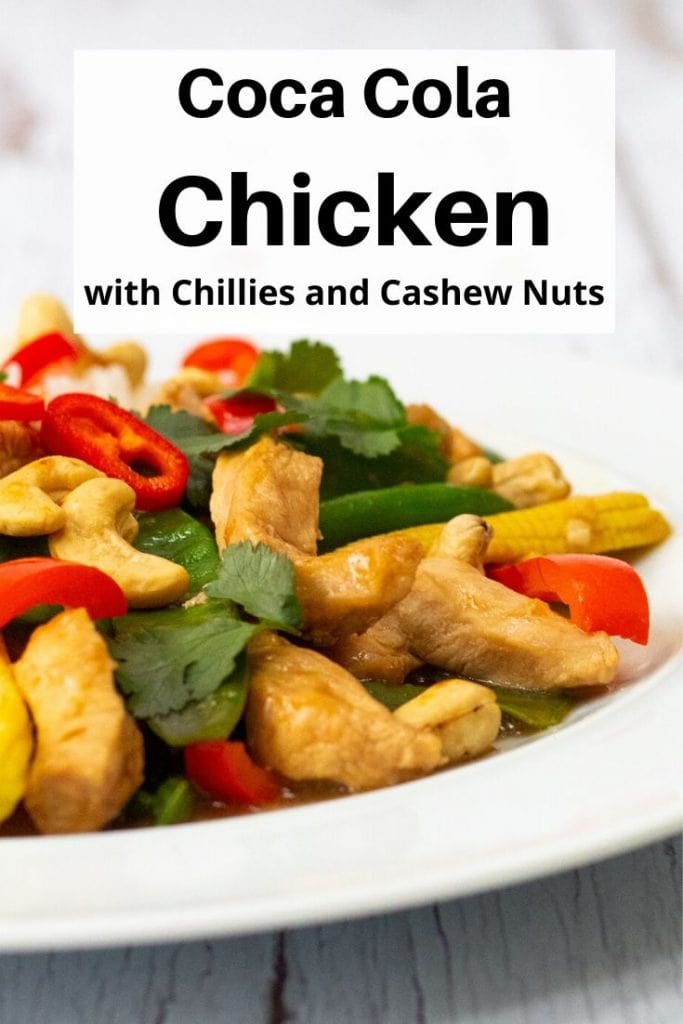 Do let me know if you make this coca cola chicken or any of my other recipes. I love to get feedback from readers.