This spiced cod fish finger recipe is great make with and for your kids! They're so easy for children to make and far healthier than bought fish fingers as you know exactly what is in them!

Oh yes! Now, before you say my fish fingers are a little messy and that I haven't coated them very evenly I want to say that I didn't actually make the fish fingers. Oh no, it's not just an excuse because they are not quite as pretty as they could be. I'm actually rather proud of them even though I didn't make them.

Well, I got out three bowls, one with flour in, one with egg and one with breadcrumbs and dukkah. I lined them up and put a baking tray next to the last one. I demonstrated and then I let Little Miss Spice do all the rest

She seemed to think it was a race - dipping each one in each bowl as quickly as possible and then throwing them on the baking tray. She was like a little whirlwind but she was at least doing exactly what I'd shown her. I have never seen anyone coat fish fingers quite so quickly. It would have taken me far longer, although admittedly they might have looked a little neater! However, as she's just turned 2.5 I think they are rather good.

So, if you thought making fish fingers yourself was too much work then try it! If you make them as quickly as Little Miss Spice did, they don't take much longer than ready-made fish fingers.

I added dukkah to the breadcrumbs to make these fish fingers slightly spicy. Dukkah or duqqa is a spice blend made up of herbs, spices and ground nuts. It is originally from Egypt but has started to become more popular here now and you can even buy it in the supermarket.

It is often eaten with bread and olive oil. You dip a little bread in the oil and then dip it in the dukkah.

Can you adapt this cod fish finger recipe?

You could of course adapt these to use any dried herbs or spices instead of the dukkah. You could even just miss it out altogether. If your family really love dukkah then add a little more.

You could also use a different kind of fish. As long as it doesn't have bones and is chunky enough to be cut into fingers then it'll work. 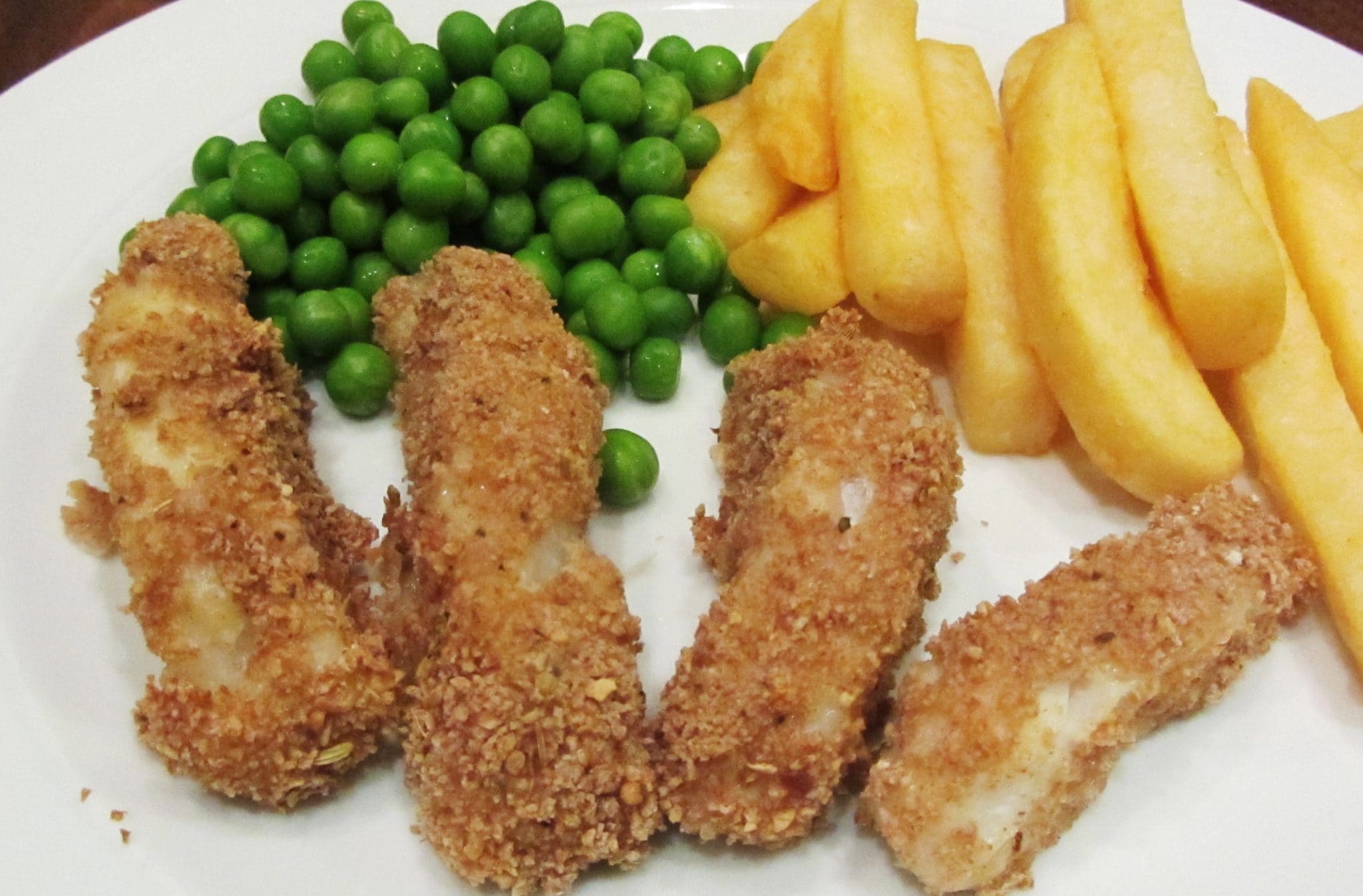 Corina Blum
This spiced cod fish finger recipe is great make with and for your kids! They're so easy for children to make and far healthier than bought fish fingers as you know exactly what is in them!

Are you looking for more fish recipes? Why not try one of these?

If you're just looking for easy tasty dinner ideas then do check out my recipe collection for easy spicy recipes.